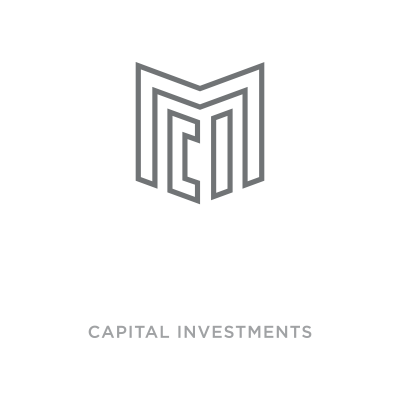 Posted at 12:35h in Acquisitions by admin

African Rainbow Capital’s ARC Fund has subscribed for a 25% shareholding in Moloto Capital Investments Pty Limited (Moloto), a 100% Black-owned and woman-controlled permanent capital investment company that is pioneering Black Industrialism in South Africa. The investment provides Moloto with substantial risk capital to deploy for acquisitions in the manufacturing, agribusiness, FMCG and corporate & industrial services sectors. ARC Fund also serves as an effective anchor investor facilitating further investment from like-minded financiers. As such, consummating this transaction is critical to achieving Moloto’s objectives to conclude further acquisitions and to raise a Series B preference share financing before the end of 2018. As ARC Fund is 100% Black owned and managed through its general partner, this investment allows Moloto to retain its 100% Black ownership credentials while being supported by a well-established shareholder of reference.

The acquisition by ARC Fund not only uniquely positions Moloto to continue on its path of investing in companies with leading management teams, defensible competitive advantages and strong growth prospects, but it also brings to life, a highly complementary partnership. While ARC Fund continues to acquire significant minority stakes in large cap companies, Moloto will focus on acquiring control stakes in the middle market with both companies conferring compelling empowerment, strategic and financial credentials to their respective investee companies.

According to Moloto CEO, Merafe Moloto, “This is a complete game-changer for Moloto. While entrepreneurs like us always plan to attract supportive investors, we are delighted to conclude this financing round with the most ideal equity partner that one could wish for; especially as an anchor investor. Not only has the ARC Fund leadership demonstrated swift execution and seriousness of purpose around its commitment to support Moloto and its growth, they are also invested in a long-term partnership as aligned permanent capital vehicles that are committed to the transformative growth of SA industry across all key verticals that are aligned with the National Development Plan. Over and above that, it’s personally and professionally a real honour to have the backing of captains of industry such as Patrice Motsepe, Johan van Zyl and Johan van der Merwe. Moloto has had the great fortune of having secured Barak Holdings as its Series A investor for whom we believe we have demonstrated meaningful value creation in a short period. We look forward to continuing on this trajectory, as a tripartite partnership, alongside such an impressive group of investors”.

According to Johan van Zyl, co-CEO of African Rainbow Capital, “Our Investment Committee was extremely impressed with Moloto’s depth of experience and track record, and the significant momentum that they have achieved in a short period of time as a Black Industrialist investor. Theirs is a particularly compelling business model, deploying an activist approach to investing on the back of a majority woman-owned and managed permanent capital platform. We view Moloto as an ideal and scalable platform to access attractive opportunities in the manufacturing, FMCG and corporate & industrial services sectors. We are excited to grow this platform alongside the Moloto team in our complementary partnership”.

African Rainbow Capital’s Chairman, Patrice Motsepe, adds, “ARC Fund and Moloto have a shared vision on the imperative journey for the betterment of South Africa. ARC Fund is significantly ahead, however, we take great pride in supporting young ambitious black industrialists with a commitment to our common goals where we jointly anticipate realising exceptional results”.

Navaid Burney, Moloto’s CIO adds, “ARC Fund’s support transforms Moloto into one of South Africa’s leading empowerment investors in the very attractive mid-market space. We will deploy this and other capital, to purchase control stakes selectively, in established and/or high potential companies that will gain significant competitive advantage as an empowered supplier supported by Moloto as a strategic, market-facing investor. Strong, aggressively-marketed empowerment credentials when fused with excellent businesses is expected to produce outstanding returns while driving employment creation, export growth and skills-development opportunities for all South Africans”.